In April sales of new home in the US reached the highest lever since 2008.

The jump in  purchases of new home, along  with larger  demand for preowned homes, shows that  housing is being driver  by strong  employment. 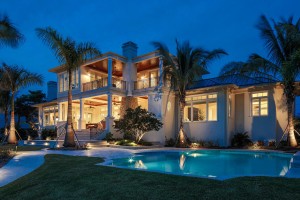 “The  housing outlook  is positve  for the rest  of the year, even if there is a slight increase in interest  rates. . “There was a little bit more inventory at the upper price points, and you might be seeing some people nudged off the fence by the prospect of higher interest rates.” said Ian Shepherdson, chief economist at Pantheon Macroeconomics Ltd.

“Easier credit conditions mean that the sustained surge in employment is finally boosting the pool of potential buyers who can qualify for mortgages,” Said Ian Shepherdson, chief economist at Pantheon Macreconomics. “We don’t now expect sales to rise much further in the short-term, but we do hope the trend can be established around the 600K mark over the next few months.”

“We have been arguing that the housing recovery will continue over time despite some mixed signals coming across the different housing indicators that we track and today’s report sends a very upbeat message about the strength in home sales,” says Daniel Silver, an economist at JPMorgan Chase & Co.,  “We should caution, however, that the new-home sales data can be volatile and revisions are often meaningful, so the jump in sales reported between March and April likely overstates the underlying strength.”