MIAMI GROWING FOR THE NEXT FIVE 5 YEARS

There might be signs of a decline but a new report shows that Miami is getting to be the country’s biggest boom-towns in terms of household growth. 13,000 homes are eyed to start construction in Miami-Dade County this 2016, along with the creation of 44,000 new employment. According to the report,  Miami’s growth is three times faster than the average rate for the country’s top 100 counties. 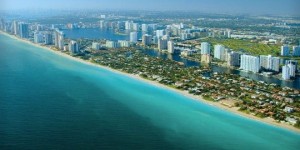 The report said Miami’s rapidly flourishing neighborhoods such as the downtown area and Edgewater are one of the reasons of the county’s explosive surge. New bigtime real estate projects like Brickell City Centre, Miami Worldcenter and All Aboard Florida’s MiamiCentral station are all expected to pull in employment with their office and retail spaces.